Removing Darkness Contamination From Our World [Part 1]
J. Chambers
​I communicate with SOURCE by sensing thoughts and images in my Mind knowing I did not create the thought or image.
I discerned from SOURCE a past event which lead to the cause of SOURCE becoming shut out of our world and of a darkness celestial entity ​control within our world creating a battle within THE UNIVERSE with SOURCE. ​
A day arrived in December 2011 when I felt something separated from my Being; the physical body location was my head, neck and shoulders. I felt lighter I could not remember a time experiencing this lighter feeling within my physical body and Mind fatigue I experienced for some time was improved. Within days I began to experience additional physical body changes.  From past written information I reviewed I understood our Human Physical Body interfaced with THE UNIVERSE GRID STRUCTURE.  I would imagine there was a complex invisible UNIVERSE around our world that enabled our ability to walk on this Earth and to experience all the wonderful and beautiful things we see and use everyday.

When I would think about this invisible world my thoughts and emotions would be in complete wonder. I then began to feel sensations in different parts of my physical body; similar to when a sink water faucet is turned on SOURCE was connecting my IndividualSELF Consciousness Sphere Body to THE NEW UNIVERSE GRID STRUCTURE. My emotional state carried me through this physical change and my imagination to try to understand how this invisible world THE UNIVERSE worked.
I experienced emotions of AWE and LOVE for SOURCE as I became educated on creation.
​I wanted to know how everything worked yet there was no ability to ask SOURCE questions on what was occurring within me. I relied on my internal senses, the sensations in my physical body the bits of information I would connect together from past review of written material and the knowing in my HigherSELF Heart and Mind.
On the evening of May 31 of 2012 upon completion of the day, I am not able to describe in words the internal violent physical body attack forced on my IndividualSELF. I sensed from SOURCE if I moved or incurred emotions of distress my Family would incur a darkness created forced experience. I felt emotions of alarm, uncertainty, panic and fear within mySELF surface, and I stopped my emotions and thoughts.

I then sensed SOURCE could not communicate with me, and I was uncertain what to do ... I did not move, I did not create tears after some time went by knowing I was experiencing an internal violent physical attack, I used words to inform the darkness savage inflicting the internal physical attack that the darkness savage would have to cause the ending of my Human life. With my Mind, I began to direct cells within my physical body to shut down in areas incurring the most discomfort. I am not able to share additional details of this internal physical violent attack. I believe SOURCE was near a decision of ending my Human physical life. At four am the internal physical attack was over ... all nerves within my physical body experienced a state of shock.  I incurred damaged nerves in several areas of my physical body minimal movement in one extremity and my strength was depleted. I then sensed cells within directing me to stretch to ease the discomfort before I rested for a few hours and awoke at seven am.

From the previous night experience, I began a battle for my Human physical life. I would not allow my thoughts to imagine darkness violent internal physical experiences, which could occur next. I had to stop thoughts within my Mind. The conditioning of my Mind and Emotional Body allowed me to maintain calmness in my thoughts and the complete understanding of my human physical body allowed me to continue to live.

I was overwhelmed with gratitude for all my physical cells. I remember asking my Heart to guide my Mind to determine the condition of cells within my physical body and what I could do with forced restrictions to begin the repair process knowing I could not utilize needed resources to improve my physical body health state. I experienced an emotional state of uncertainty to discern actions I was allowed to do from forced darkness savage restrictions on me. I began to focus my Mind on my IndividualSELF Consciousness Sphere Body to discern darkness savage created words to determine allowed actions.

I remember when ending the day, I was uncertain sensing this was not the end, and as sensed the darkness savage forced violent internal physical attack began on the same areas within my physical body. I attained an emotional and physical state where no physical discomfort and actions of another would stop me. I could give up or continue to battle with everything I had become. Internal physical violent attacks continued for days, if I maintained an emotional state of neutral or positive emotions, I began to notice the intensity and duration of violent internal physical attacks becoming less. The darkness savage inflicting internal violent attacks on my IndividualSELF Consciousness Sphere Body intensity was reducing.

I discerned at this time how the darkness savage in control of our world created future darkness mind control for the next seven years. I discerned a new life could become a Mind for darkness to control causing our world to become more violent and fraudulent than before. I believe different categories of darkness action mind control existed from violence to cunning and calculated fraudulent behaviors. As numbers increased (mind’s who became a number in darkness mind control categories) Humanity’s vibration as a whole began to decrease causing discord to our planet and to Humanity’s health and wellbeing.

I then believed the battle within THE UNIVERSE would end when the darkness savage violent world within THE UNIVERSE was eliminated.
I discovered a strength and patience within my IndividualSELF I did not know existed.
With each new day, I would soon forget the day before. I could feel my physical body become weaker, and I was in gratitude of my physical cells ability to continue to repair and replace cells for me to function effectively. I became determined to not allow this savage to reduce the strength of my Mind. At the end of an attack and before the beginning of the next violent attack I would experience emotions of wonder questioning how SOURCE created the Human Body. As I discerned more about my Mind, physical body and my Heart; you could say ... I was in AWE with SOURCE attributes and the silly girl in me made up different names for all SOURCE different duties and responsibilities.

A day arrived when the continuing darkness sound stopped, and the violent images began to fade, I sensed then the darkness savage strength was reducing.

I would hope the end of the battle within THE UNIVERSE was near only to find this was not correct a new day would begin similar to the previous day before.

I began to imagine the vastness of THE UNIVERSE to discern how SOURCE would improve upon what SOURCE created before and to rebuild a large percentage of THE UNIVERSE GRID STRUCTURE caused by darkness contamination to eliminate the darkness savage from control. In addition to maintaining Humanity’s safety and to provide for Humanity’s daily needs as this battle in THE UNIVERSE was occurring.

As I would imagine this ~
I experienced an emotional state of overwhelming HONOR for SOURCE knowing the progress made by SOURCE was monumental.
I then became irritated with knowledge of the battle occurring within THE UNIVERSE and, I could not say a word no Being would believe me.

I arrived next at a state where my Human day-to-day purpose was to maintain a continued strength with each new day to see my part of the battle within THE UNIVERSE to the end. I had to acknowledge what my Human life had become knowing no other Human Being could assist me. My Mind state became what I have been all my life to strive for an improved tomorrow.
Uncertain should I maintain my Human life to the end of this battle within THE UNIVERSE ... could the world around me recognize ​
​

The GRANDNESS of SOURCE and the GIFT of LIFE. 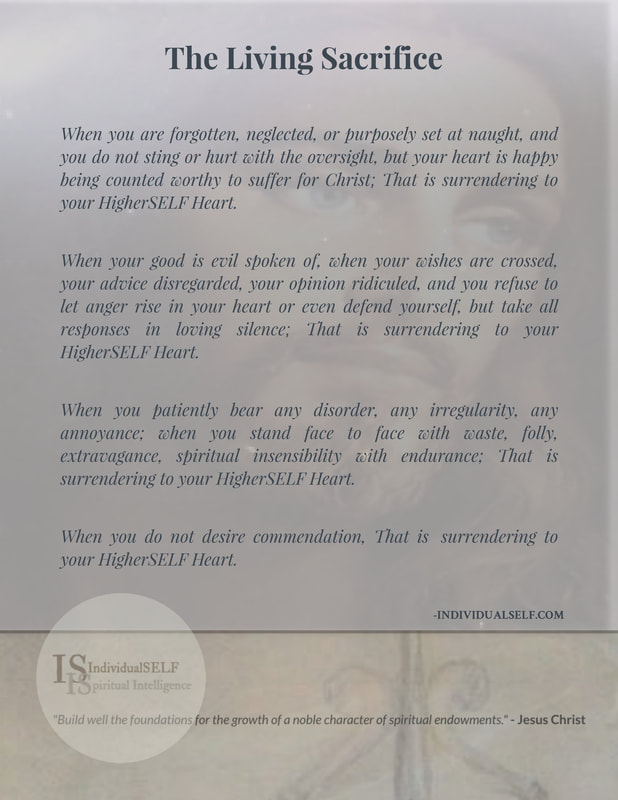